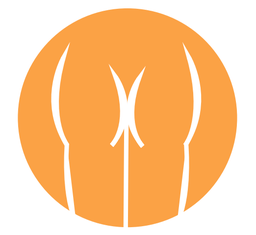 r/Buttcoin: ButtCoin. It's a scam. At least we're honest about it!

currency of the future

we are still early

NFTs are a useful tool for laundering illegally acquired cryptocurrency. Criminals can shift around their ill gotten crypto between different tokens, mint an NFT, and purchase their own NFT with their dirty crypto. Now they've cleaned their dirty crypto and they also own a rare NFT that's supposedly worth a bunch of money. I mean just look at how much it sold for!


Many of those NFTs that were sold for crazy high prices were not actually sold to other people. The person buying those expensive NFTs is often the same person who created the NFT in the first place. I will explain how it works. Whales can easily own very expensive rare NFTs for very little cost. They can just mint an NFT and sell it to them self for $500,000 worth of etһ. They will only lose the small percentage that the NFT marketplace takes and now they own a super rare NFT worth $500k and they will still have most of their etһ because they sold the NFT to them self. And there is also a small chance that they might be able to to sell that worthless NFT to some sucker who believes that it is actually valuable. Doing this entices more newbies to mint NFTs in the hopes of getting rich.


It costs anywhere from $70-$500+ to mint an NFT on etһereum depending on where you do it, so they're hyping shitcoiners/artists/anyone up and luring them into minting crap in the hopes of getting rich and NFTs are doing a great job of that at the moment. People are blowing millions of dollars worth of etһereum minting NFTs hoping to hit the NFT lottery and get rich.


All these NFT tokens being sold on etһereum right now either point to a URL on the internet, or an IPFS hash. In most circumstances they reference an IPFS gateway on the internet run by the same startup that sold the NFT. That URL also isn't the media. That URL is a JSON metadata file. The owners of the servers have no obligation to continue storing the media. Now let's take a look at a couple of real NFTs, I'll even pick a "super valuable NFT."


This NFT token is for this JSON file hosted directly on Nifty's servers as shown below: https://api.niftygateway.com/beeple/100010001/


That file refers to the actual media that was "bought." Which in this case is hosted by Cloudinary CDN, which is served by Nifty's servers again. So if Nifty goes bust, this token is now worthless. It refers to nothing and this can't be changed.


That NFT token refers directly to an IPFS hash. We can take that IPFS hash and fetch the JSON metadata using a public gateway: https://ipfs.io/ipfs/QmPAg1mjxcEQPPtqsLoEcauVedaeMH81WXDPvPx3VC5zUz


So well done for referring to IPFS, it references the specific file rather than a URL that might break! But the metadata links to: https://ipfsgateway.makersplace.com/ipfs/QmXkxpwAHCtDXbbZHUwqtFucG1RMS6T87vi1CdvadfL7qA


This is an IPFS gateway run by http://makersplace.com, the same NFT minting startup which will go bust one day.


You might say "just refer to the IPFS hash in both places!" But IPFS only serves files as long as a node in the IPFS network intentionally keeps hosting it. Which means when the startup who sold you the NFT goes bust, the files will probably vanish from IPFS too. This is already happening.

There are already NFTs with IPFS resources that are no longer hosted anywhere.

And just pinning the file on your own IPFS node also wont work because the metadata file generally points to a specific HTTP IPFS gateway URL and not the IPFS hash. This means that when the gateway operator goes bust, I can buy the domain and start serving dick pics lol


Right now NFT's are built on an absolute house of cards constructed by the people selling them, and it is likely that every NFT sold on etһereum so far will be broken within a decade. This creates a pretty solid exit plan for makersplace if they run into financial problems. The people who own the these useless NFTs "worth" millions of dollars are going to be pretty motivated to buy the site or fund it. Or someone can buy the bankrupt startup domains and start charging NFT owners to serve their files.
Руски тролове от форума за избягване : nandibandi ,krumov , torbalantrolski, novaPS, Green Bars, Лошият, slavchev, biaaro,partytime

Enjoy a new era of NFTs thanks to integration with Immutable X. Zero gas fees for peer-to-peer trading with instant transactions, all while you securely maintain custody of your assets.
Увеличете...